Join Our Newsletter
Shop Our Store
MAIN MENUMAIN MENU
By Jacob Paulsen on October 24, 2016 in Louisiana

The 2016 election is only a few days away and while everyone knows the presidential candidates’ stances on guns, for many the state elections, which can cause affect laws in each individual state just as much, if not more than the presidency. We here at USA Firearm Training believe that a well-informed populace is a strong one, so we are going to be sharing with you the Senate race in Louisiana and the stances of the candidates on guns, to give each of you a better idea where they stand.

Louisiana has 5 candidates running, but two clear front runners, so that is who we will focus on today.

John Neely Kennedy has been the treasurer of Louisiana since 2000 and before that he was the Secretary of the state Department of Revenue in the cabinet of Republican Governor Mike Foster. While Foster Campbell was a member of the Louisiana Senate, representing the 36th district from 1976-2002. After that Campbell has been on the Public Service Commission for the state, where he presently resides.

Currently, Kennedy holds a 5 point lead over Campbell in an average of polls throughout the state and a 12 point lead over the next leading candidate, Democrat Caroline Fayard

Now let’s take a look at the candidates’ stances on gun control based off of their own voting history as well as quotes directly from the candidates. 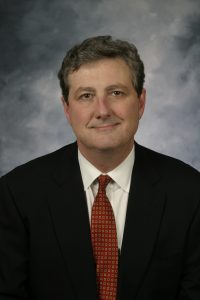 Kennedy also disagrees with the Democrats’ attempt to curb guns getting into the wrong hands by shutting down the gun show “loophole”.

The NRA currently does not have a rating for Mr. Kennedy due to him never holding National office.

Foster Campbell has stated that there should be a system in place to make it more difficult for criminals to buy guns. Including supporting a shutdown of the gun show “loophole” as well as more restrictions on the ability to purchase a gun.

The NRA currently does not have a rating for Mr. Campbell due to him never holding National office.