UPDATE July 21, 2021: We have posted that the legislature did not reach the number of votes to successfully override the veto. More information here.

UPDATE June 28, 2021: We have posted that Governor John Bel Edwards has indeed vetoed SB 118. You can find more information here.

So far in 2021, six states have passed constitutional carry bills, removing the requirement to obtain a permit before carrying a concealed handgun. Governors in 4 of the 6 states have signed the bill. Texas Governor Abbott is expected to sign his bill but has not yet. Louisianna is the 6th state to send such a bill to the governor for signature.

Louisianna Legislature passed Senate Bill 118 that would remove the requirement that a person over 21 must first obtain a license to carry concealed, even if they can possess a firearm legally.

Additionally, House Bill 124 clarified confusing language that was applied incorrectly to criminalize a concealed carrier who carried a “weapon” such as a knife along with their handgun. 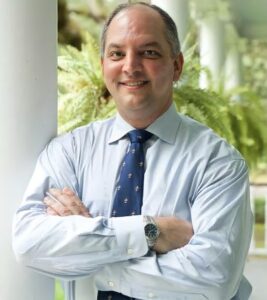 Gov. May Veto The Bill:

While SB 118 passed with an overwhelming majority in the House (73-26) and in the Senate (27-9), Governor John Bel Edwards will likely veto the bill. When asked about the bill back in April, Gov. Edwards spoke about the current permit process and said:

Because the bill passed with such majorities, even if Edwards were to reject it through veto, the legislature would likely have the votes to override the veto. If you live in Louisiana, please contact the governor’s office and tell him to sign the bill into law.

Consider checking out our Legal Boundaries By State Book. It is a comprehensive resource that shows reciprocity and lists important gun laws of each state. Questions answered in the book are, do you have a duty to notify law enforcement, are there magazine limit restrictions, can you carry in a bar, and more.

The book comes in digital or hard copy. The digital copy is updated constantly to reflect the most current information. If you purchase the physical copy, you automatically get access to the digital version as well.