Join Our Newsletter
Shop Our Store
MAIN MENUMAIN MENU
By Jacob Paulsen on September 9, 2016 in Louisiana 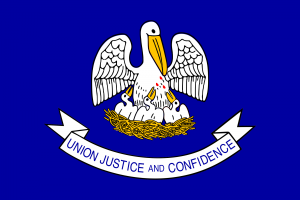 This article is meant to take a look at Louisiana’s open and concealed carry laws so that you folks can get a better idea what is and is not legal in the state.

To qualify, a Louisiana citizen shall:

A concealed carry permittee must retain and carry his permit on his person when actually carrying and concealing a handgun. A permittee armed with a handgun shall notify any police officer who approaches the permittee in an official manner or purpose, that he has a weapon on his person, submit to a pat down, and allow the officer to temporarily disarm him. Whenever a law enforcement officer has reasonable grounds to believe an armed permittee is under the influence of alcohol or a controlled dangerous substance, the officer may take temporary possession of the handgun and request submission to a chemical test.  Whenever an officer is made aware that an individual is behaving in a criminally negligent manner, or is negligent in carrying a handgun, the officer may seize the handgun until adjudication by a judge. Failure to comply with these provisions shall result in a six-month automatic suspension of the permit.

Now, there are certainly additional questions as well as more in-depth looks into such things as who is not allowed to possess a gun, and what public places do or do not allow them. We will be going over those in specific articles, later on, due to the complexity of some of the situations. For right now, however, we have a wonderful FAQ page on our Louisiana site with a lot of helpful information.

If you have specific questions that you would like covered in future articles about Louisiana’s open carry laws, shoot us a comment below, and we will make sure to add them to future reports.

Information compounded from the NRA and Louisiana state legal texts.