Join Our Newsletter
Shop Our Store
MAIN MENUMAIN MENU
By Jacob Paulsen on August 31, 2016 in Louisiana 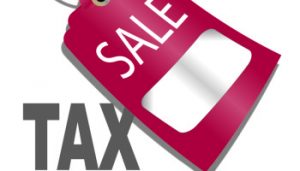 For gun owners and hunters in Louisiana, this coming weekend is huge. It’s the annual “Louisiana Second Amendment Weekend Holiday.” That means that folks are going to get a discount on the state sales tax when they shop for firearms and other hunting supplies this weekend.

The Louisiana Department of Revenue said in a news release on Monday, August 29th that the holiday and savings will last from Friday September 2nd to Sunday September 4th.

The state legislature created the sales tax holiday in 2009 to exempt eligible purchases of guns, ammunition and hunting supplies from all state and local sales taxes. It was later signed into law by Governor Bobby Jindal.

However, the act was slightly amended during the 2016 First Extraordinary Session of the Louisiana Legislature. The new ruling brings up the state sales tax exemption for 2016 and 2017 to two percent, meaning eligible purchases are subject to only three percent state sales tax instead of the full five percent. Eligible purchases remain fully exempt from all local sales taxes.