Join Our Newsletter
Shop Our Store
MAIN MENUMAIN MENU
By Craig Martin on May 15, 2017 in Louisiana 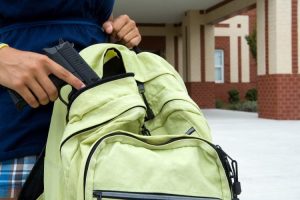 Calcasieu Parish Sheriff’s Office reported that earlier this morning, Monday, May 15, 2017, the police were sent to Moss Bluff Elementary School in regard to a shooting.

Deputies are saying that the investigation is currently in the preliminary stages but it has been determined a 7-year-old student was accidentally shot in his classroom.  This incident was isolated to this particular classroom and no other children were in danger. The young student has since been transported to a hospital.

The extent of his injuries is not known at this time.

According to a local radio station, the situation is under control at this time. Reports from a Facebook group Citizens of Moss Bluff: Be Informed say the shooting was likely considered an accident. The reason for this, according to the group was that another child had brought the gun to school and was discharged when the child tried to show off the gun but dropped it.

At the time of this of this writing, the school remains on lock-down. The Calcasieu Parish Sheriff’s Office is on the scene.

It is an unfortunate fact that negligent discharges and incidents such as this seem to happen around the country on a regular basis. We need to learn from this that our children must not be able to pick up our firearms without first knowing how to handle them, so as to avoid accidents like the one that we have seen today.

If any of you know anyone in this area or have any updates, feel free to comment in the area below. Provided there are more updates, we will be sure to bring them to you.